We have heard two contrasting messages on natural gas supply this past month – one is that shale oil and gas is globally abundant, and the other is that shale gas is a bubble.  Which to believe?

By digging much deeper, the answer is “in between” and “depends on location”.

The volatility of natural gas supply and prices ($2 or $10?) is well known and makes it difficult to make investment choices (build LNG terminals/pipelines?  Natural gas cars and trucks?) 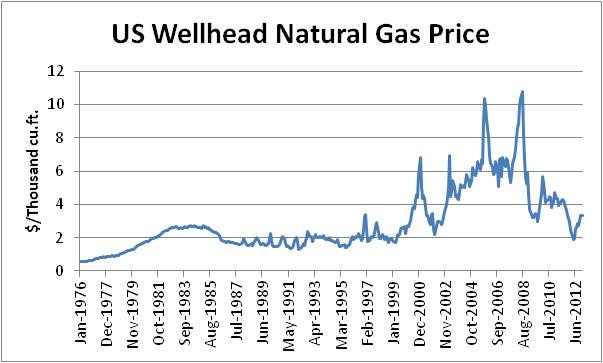 There is no question that North America is currently in a supply glut.  The relative low price of natural gas and the high storage inventories today is clear evidence of that.  But what about going forwards?  Will North America become Energy Independent and a net exporter of our low cost energy to the world?  Japan has paid as much as $18/MMBtu in 2012 for LNG vs $2-3 in North America wellhead NG (2012). 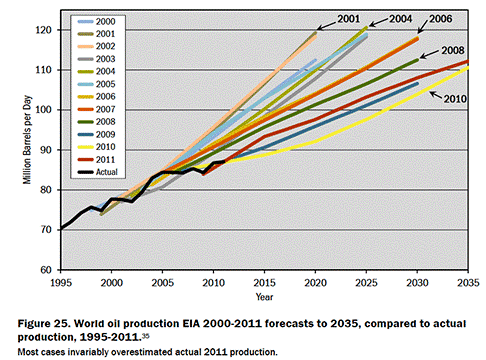 On the Bubble side of the argument, shalebubble.org has provided two reports analyzing the geological formations of the major US plays, the influence of Wall St., and the current state of the industry.  Their theme is diminishing returns + drilling treadmill + unsustainable prices + Wall St. enrichment = shale bubble.  Caveat Emptor (Buyer Beware).

So which to believe?  Clearly in some cases, with sweet spots and high quality plays, like the Marcellus field in Pennsylvania, there is abundant low cost natural gas.  Unfortunately, most of the rest of the plays are declining and uneconomic.  Massive writedowns and industry reticence on further broad shale investment are also telling.  Focused high quality plays are promising, but these are not in the majority.

Technology continues to improve what is technically recoverable and what is economically recoverable, though never as much as is desired, as the fundamentals of thermodynamics and geology are limiting.

Locally in BC, we have a relatively large potential supply of natural gas as compared to our demand, since we have so much hydroelectric power for our grid energy supply.  Exporting our natural gas to Asia seems a sure thing, as it is firmly part of both the BC Government and Industry plans, proximity to Asia, and not at the peak of any bubble situation like in some parts of the US, and does not have the very strong political opposition to oil sands pipelines like Keystone XL or Northern Gateway.